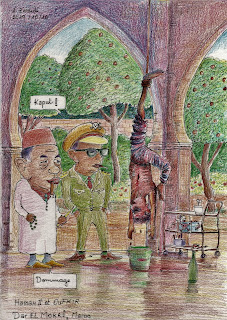 ope on the ceiling at an iron hook. On the ground, children, head up to their mothers or fathers, sobbed. They were exhausted with fatigue and crying. Their little faces soiled by tears, snot ran from their noses. They were ageless, these little creatures who seemed almost to agonize, these children kneeling or squatting in puddles of blood and vomit ... A horrible smell of rot went up my throat and I wanted to throw up my turn. How many days, how many nights, were they wading in there? ... "1
"... He saw Oufkir kill a Casablanca pump attendant, Lahcen, a former resistance man he knew well. Lahcen was hanged by the feet. Oufkir, dagger in hand, incised his belly. The guts spurted. With a dagger, Oufkir cut the rope. Lahcen crashed to the ground, the cervical vertebrae broken. Guards carried away the corpse. They buried the dead at the foot of the orange trees in the garden ... "2
The tyrant Hassan had two passions: golf and torture, he liked to frequent Dar El Mokri, his secret garden among others, and apparently he found pleasure in personally participating in horrible scenes of torture with his arm right, General Oufkir. The two executioners have been dead for a long time, thank God, but their inhuman practices are still there, for nothing will change in the realm of darkness until the people defeat that vermin forever.
Abdellatif Zeraïdi
on octobre 14, 2019 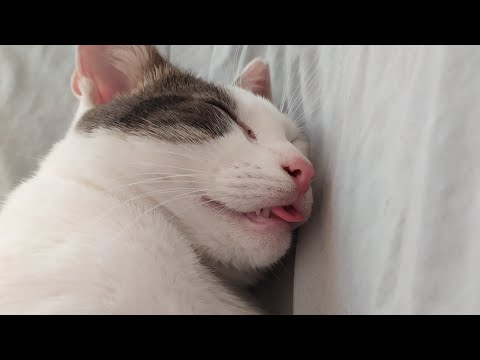